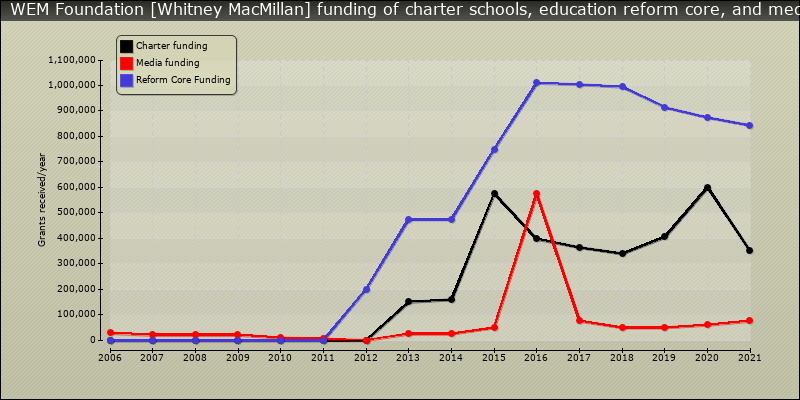 Inside Philanthropy: "The WEM Foundation is the charitable vehicle of billionaire Whitney MacMillan."

Whitney MacMillan was the last member of the Cargill-MacMillan family to serve as CEO of Cargill, America's largest private company, retiring in 1995. The family still owns roughly 90% of Cargill, which did $115 billion in 2018 sales across food, agriculture, financial and industrial divisions.

IP TAKE: The foundation pre-selects the organizations it supports, and doesn't have a website or provide a clear way for grantseekers to get their foot in the door with project proposals. Its WEM Outstanding Educator Awards Program has the most web presence.