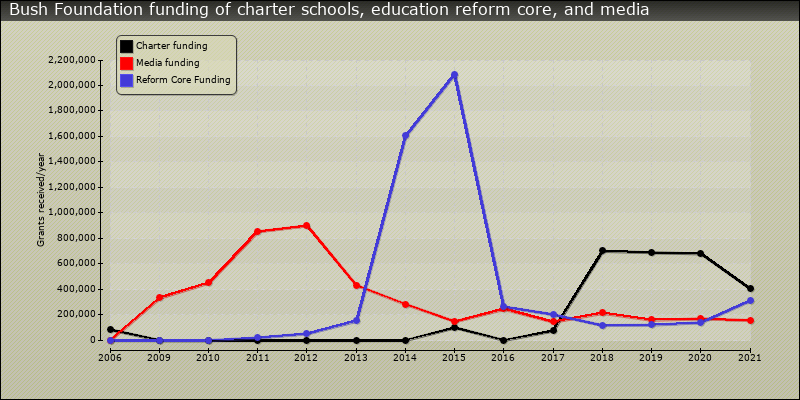 The Bush Foundation funds much of the education reform policy work.

The foundation famously promised 50% more students in post-secondary education in three states, erasure of so-called 'achievement gaps,' and a fancy new evaluation tool. Ten years later there are actually fewer students in college, 'achievement gaps' are the same or worse, and its hyped $2 million VAM evaluation tool is up in flames - but the foundation is undaunted — proud of its failure

Ten years ago the St Paul-based Bush Foundation embarked on what was at the time its most expensive and ambitious project ever: a 10-year, $45 million effort called the Teacher Effectiveness Initiative (TEI).